Economic development practitioners spend much of 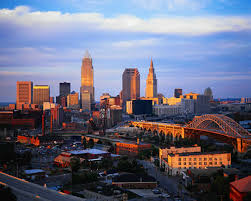 their time solving problems of one kind or another. But using the wrong methods to solve those problems can lead to wasted effort, or even make things worse. Which methods work best for which problems?

To begin with, problems fall into three basic categories: simple, complicated, and complex.

Problems are simple when the causes are apparent, and the results of a known intervention can be predicted with some certainty. In this context, success requires choosing a best practice that has produced the desired results in similar situations, and has been codified so that others can replicate it with fidelity. For example, helping a successful small business find the funding it needs to expand when capital is available and banks are willing to lend.

Problems are complicated when the underlying causes are less clear, there may be more than one possible solution, and solving the problem requires a comprehensive approach. Success requires cross-sector collaboration – gathering key stakeholders with different perspectives on the problem to come up with possible solutions, then getting them to work together to achieve a common outcome. For example, increasing labor force participation among minority youth in a particular community where existing training programs and support services are fragmented, and jobs are scarce.

Problems are complex when the underlying causes are deeply rooted in systemic or structural factors that interact with each other in unpredictable ways, and solving the problem requires a sustained effort over many years by many actors who sometimes have conflicting interests. Success requires engaging key stakeholders in a collaborative process to identify high-leverage opportunities for improvement, mobilizing partners to address those opportunities, then continuously refining and adapting the strategy as conditions change and more information becomes available. For example, transforming a regional economy.

Based on those guidelines, we would expect that the use of best practices would be limited to solving the simplest of problems, which tend to be few and far between in economic development. Yet, best practices tend to monopolize the content of most economic development publications, conferences, and webinars, tempting practitioners to just pick one and hope for the best, regardless of what kind of problem they are trying to solve.

Cross-sector collaborations, on the other hand, can address a wider range of problems that are more commonly encountered by economic development practitioners. And they can engage a wider range of stakeholders and partners, which makes it possible to have a bigger collective impact. Currently, most of the regional EDOs I’m familiar with use cross-sector collaborations to design and carry out the projects that make up the bulk of their work.

But individual projects can only accomplish so much. And their accomplishments can be difficult to sustain once the project is completed. In my experience, the only way to make lasting improvements on the scale that’s needed is to change the underlying systems.

I’ve seen people go about that in a couple different ways. One way is to “attack” existing systems by launching as many projects as possible, on the assumption that making as big a difference as possible requires improving as many things as possible by as much as possible.

However, transformation isn’t a linear or additive process. Pulling a lot of different levers at once doesn’t necessarily produce a breakthrough. It usually just produces more complexity to manage and often leads to burnout among the folks pulling the levers.

That was a key lesson from top-down corporate reengineering initiatives in the 1990s designed to mass-produce systems change. An estimated 75 percent of those efforts failed, in large part because they collapsed under their own weight. There’s no reason for EDOs to make the same mistake.

Another way to make changes in underlying systems is to “amplify” changes that are already taking place within those systems and to remove whatever is getting in the way of those changes. This more organic approach goes by many different names – organizational or action learning, adaptive leadership, appreciative inquiry, positive deviance, and strategic doing. All are rooted in complexity science and rely on a rigorous process of ongoing experimentation.

I’ve concluded that this more organic approach holds the most promise for transforming regional economies. Ironically, it also holds the key to unlocking the full potential of best practices and cross-sector collaborations, which tend to have a much bigger and more lasting impact when employed as part of a larger systems change effort.