There are growing calls for more inclusive economic growth, and 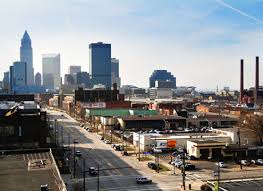 fortunately, a useful framework is starting to emerge.  Championed by Living Cities and the Fund for Our Economic Future, it focuses on creating good jobs in or near low-income communities, then helping the residents of those communities prepare for and gain access to those jobs. However, creating good jobs (on which everything else depends) remains the weakest link.

In large part, that’s because economic development organizations are in a quandary about where to focus their efforts, since past attempts to create jobs for low-income residents have often come up short.

For several decades, economic developers have attempted to use income tax credits, property tax abatements, and other financial incentives to attract businesses to economically distressed areas through programs such as enterprise zones. Yet, numerous studies have found that these programs create very few new jobs for low-income residents. In fact, much of the time these programs just end up moving existing jobs from one location to another within the same region, often displacing existing employees. Moreover, it can take years, or even decades, to attract enough businesses to revitalize a blighted area using this approach, especially when competing against even more powerful incentives that promote sprawl.

That’s prompted economic developers to look around for faster and more reliable ways to create the jobs that low-income residents need. Some have landed on building new convention centers and sports venues downtown in or near low-income communities. The proponents of these projects routinely promise improved living standards and large numbers of new jobs for the residents of low-income communities. But these projects rarely deliver on those promises.

Research by the Brookings Institution suggests that convention centers end up doing very little to revitalize low-income communities. And there is almost unanimous agreement among economists that new sports stadiums and arenas have very little impact on low-income communities. One reason is because, beyond the construction phase, the resulting jobs usually offer only part time and intermittent employment with low pay and few benefits.

That’s led economic developers to focus more on job quality, which in turn has led them to focus on anchor institutions, such as hospitals and universities. These institutions, which are often the largest private employers in or near low-income communities, provide a wide range of good jobs, so a growing number of communities have been pressuring them to hire more low-income residents.

There’s evidence that those efforts have paid off in terms of increased employment and earnings for low-income residents. However, because of increasing pressure to cut costs, hospital job growth is projected to be modest at best in coming years, and university employment has already started to decline. As a result, anchor institutions may continue to be an important source of replacement jobs, but they are not likely to provide many new jobs.

So, where does that leave us? I’ve been studying this issue for several years and concluded that small businesses already located in or near low-income communities may hold the key to unlocking good jobs for low-income residents. Not start-ups, but established businesses. And not necessarily on their own, but as part of a larger regional innovation system.

Large firms are increasingly coming to rely on small firms to develop new products and processes, to rapidly prototype new products, and to begin full-scale production, rather than conducting R&D in house. That opens up possibilities for small businesses located in or near low-income communities to expand their operations by linking more closely with regional clusters.

In addition, large firms are increasingly looking for ways to shorten their supply chains to cut costs and to respond more flexibly to changes in customer demand. That puts a premium on having suppliers close by, which creates new possibilities for job growth if small businesses located in or near low-income communities can break into those supply chains or fill existing gaps in the local supply base.

In Cleveland, for example, JumpStart Inc. is headed down that path and has launched a new subsidiary called Growth Opportunity Partners to support the growth of small businesses that employ low-income residents. They have found that what these businesses need most is a combination of high-quality technical assistance and low-cost capital that is more flexible than what commercial banks and the federal government currently provide. So, they are packaging those pieces together, along with a requirement that the resulting jobs must offer good wages and benefits, and provide opportunities for advancement.

Groups like Inner City Advisors in the Bay Area and Next Street in Boston and New York employ a similar model.

All of these organizations are getting good results. But even more importantly, all of them have been working to promote inclusive growth for a decade or more and have come to a similar conclusion about where to focus their efforts. That suggests they may be headed down a promising path to inclusive growth.